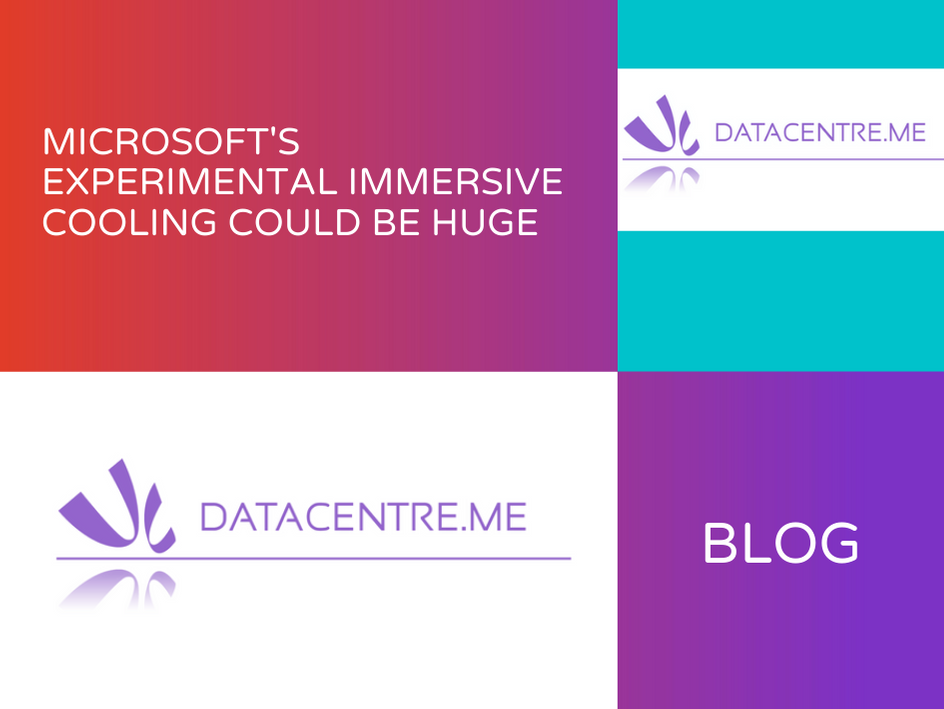 It is no secret that cooling is one of the biggest challenges of running a modern data centre. As chips do more work and consume more power, they also generate exponentially more heat. Keeping that heat under control is a big job. Microsoft believes they have hit on the best solution to date with something known as immersive cooling.

The Redmond, Washington (USA) company is currently in the experimental stage of a new cooling technology that relies on boiling a dielectric fluid in which densely packed servers are immersed. There is no water involved, so the servers are completely safe.

Microsoft says that the project is in keeping with their goals to be a more sustainable company. That's fine however, from a strictly economic standpoint, immersive cooling could end up being huge. Taking it mainstream could save untold amounts of money in both cooling expenses and long-term hardware investments.

Microsoft's experimental technology starts with a rectangular tank about the size of a sofa. The tank is filled with a specially designed fluid into which servers are placed. Running throughout the tank are cooling lines that remove heat and facilitate condensation.

As the servers run, the heat they create is transferred into the liquid. In turn, that liquid boils at 122°F. Boiling sends a liquid vapour upward. This makes contact with a condenser plate, cools and falls back down into the tank as liquid. The dual processes of evaporation and condensation make immersive cooling a two-phase system.

The most fascinating aspect of the technology is its ability to cool servers much more effectively than air cooling. Engineers are able to pack more servers into a smaller space and still pull heat away from them faster and more efficiently than they can with air or cold plate cooling.

In a related project, Microsoft recently tested the theory of placing servers underwater in a capsule to see if they would last longer. It turns out they did. Immersing the servers under the sea protected them from humidity and oxygen,. This reduced both wear and failure rates. Engineers believe they will see similar results with their experimental immersive cooling technology.

If that's the case, immersive cooling should reduce hardware spending. It will also enable engineers to deploy large-scale servers in remote areas with built-in redundancy, where failing equipment doesn't have to be replaced immediately.

The icing on the cake is connecting high density, immersively cooled servers with artificially intelligent software that can manage data loads without human intervention. The immersed servers could be reserved for high power computing needs most of the time, but then be utilised to handle exceptionally heavy loads from other processes when needed.

An example cited by Microsoft is managing the heavy loads created by video-conferencing during the afternoon hours. The measurable data spikes that occur on most business days could be better managed by automatically shifting some of the load to immersed servers.

Microsoft believes they are onto something with immersive cooling. If they are, it could end up being huge. Immersive cooling could eventually eliminate the need for traditional and more expensive air cooling. It could also be the main impetus in developing even more powerful computers.

The need for bigger and better computing systems is obvious. But progress has been hampered in recent years by the inherent limits of air cooling. Overcome those limits with a better system and you open the door for more powerful chips for everything from quantum computing to high energy AI applications. Microsoft thinks immersive cooling is the ticket.