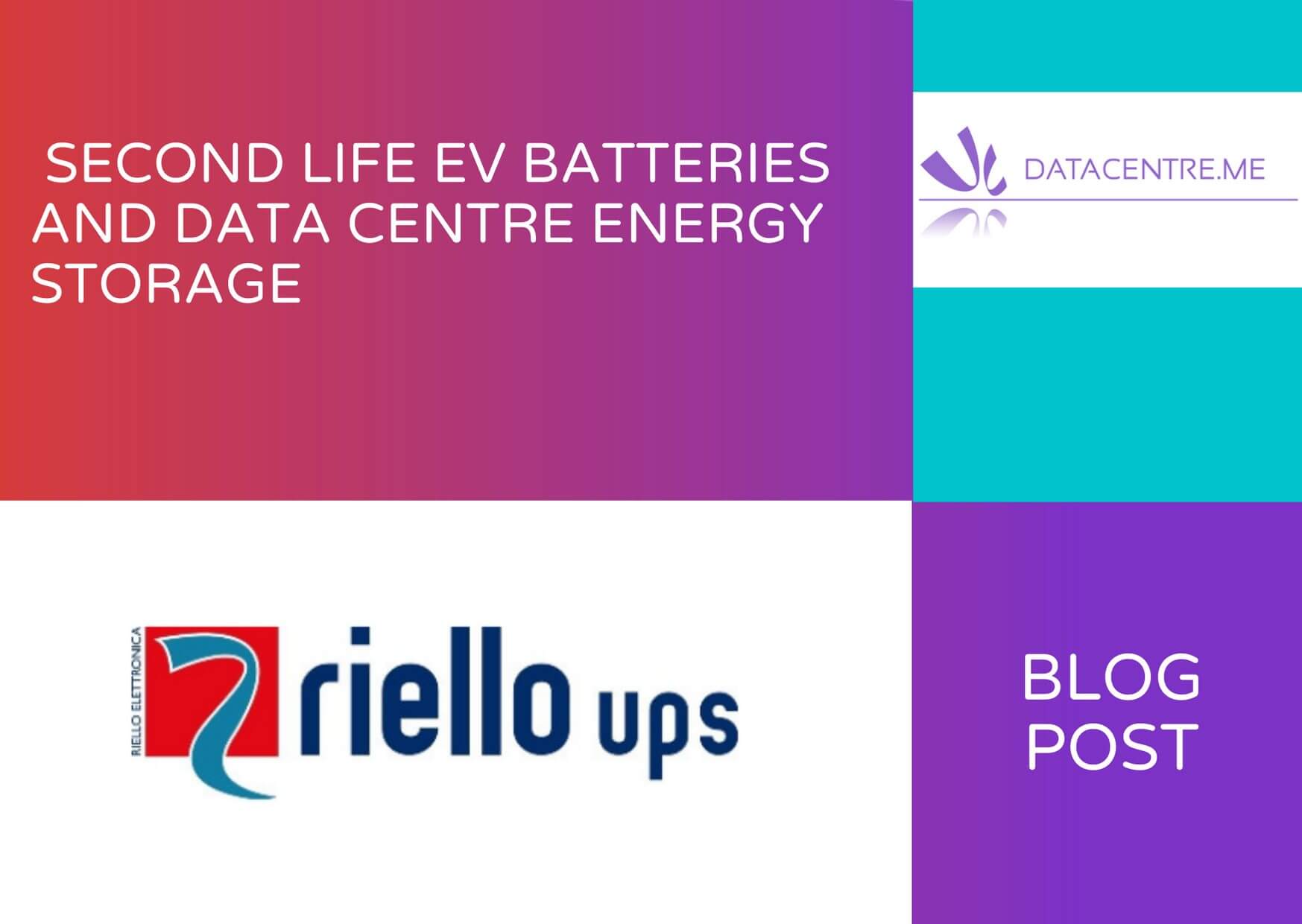 Is there a way that data centres could breathe a second life into millions of used electric car batteries?

UK sales of EVs during July nearly trebled the amount sold in the same period last year. This edges the total number of electric cars on Britain’s roads to nearly 250,000, up from just 3,500 back in 2013.

Government and industry predictions point to millions of new electric vehicles over the coming decades. Obviously, this raises questions over how long it’ll take to install the necessary charging infrastructure.

Plus there’s the potential problem of drivers all charging up at the same time, and the knock-on effect that’ll have on our electricity grid.

But another metaphorical ticking timebomb is also approaching… Namely what to do with the millions of used EV batteries when they’re no longer capable of powering a car or bus.

How Long Do EV Batteries Last For?

Lithium-ion battery packs in electric cars need replacing approximately every 10 years. For buses or taxis, with their higher mileage, the batteries tend to be swapped every four years.

On a global scale, if we fast-forward a few years there’ll be millions of EV batteries getting changed over. But what to do with all these packs?

Recycling rates for lead-acid batteries often used in UPS have reached up to 98%. But Li-ion currently lags behind.

In fact, recycled lithium costs up to five times as much as freshly mined virgin material. That’s one reason why EU recycling rates are only touching 5%.

Used EV batteries can still store and discharge electricity for another 7-10 once they’re taken out of a car’s chassis. Even at this stage, they retain as much as 70% of their original power capacity.

These old packs can be reused as huge banks of stationary storage at energy-intensive sites such as data centres, power plants, or factories.

Tapping into second life is clearly a low-cost winner, although there are obviously pros and cons for either approach i.e. initial cost versus system longevity.

We explain that utilising second life batteries doesn’t come without a few stumbling blocks though. Even though EV batteries are made using similar technologies and materials, they come in different shapes and sizes.

They’re installed in different climates and placed under a variety of stresses, which will impact on performance and speed of deterioration.

This makes it tricky to combine disparate batteries into a single coherent storage system. It needs expensive testing and monitoring to group the cells with similar characteristics.

Some also argue that reusing EV batteries for static storage isn’t a long-term solution. Instead, focus should be on recycling the precious metals such as cobalt and lithium and using the materials to manufacture new batteries.

Tesla, the world’s largest electric vehicle manufacturer, takes this stance, prioritising recycling over reuse. Whether this has anything to do with their extensive range of grid storage batteries is a matter of debate!

However, many other car manufacturers already use second life EV batteries in large-scale energy storage projects.

The Johan Cruyff Arena in Amsterdam, home of football club Ajax, integrates 63 second-hand and 85 new battery packs from Nissan that store power from 4,000 solar panels attached to the stadium roof.

While Renault is constructing a three-site project across France and Germany incorporating 2,000 batteries. Due for completion next year, the 60 MWh system will be able to power 5,000 homes.

Cautiousness is the default approach for mission critical sites such as data centres. If there are question marks over the reliability and performance of reused batteries, why not play it safe and opt for a new, purpose-built grid storage system instead?

But we remind readers of the recent power cut that affected much of England and Wales. As the network becomes more reliant on renewable energy sources, large-scale battery storage will play a critical part in balancing the grid.

Second life EV batteries are a cost-effective way for data centres to not only secure their own supplies – with the batteries providing that all-important emergency backup – but also contribute to demand side response.

It also gives the data centre industry a chance to show some leadership. Closing the loop on lithium-ion batteries is a positive for the environment – lithium is a finite resource and it’s also toxic if not safely reused and/or recycled – but there’s a moral consideration too.

Many of the materials used in battery manufacturing are mined in unsafe, dangerous conditions.

We reference an Amnesty International report that shows most of the cobalt – essential for stabilising Li-ion batteries – comes from the Democratic Republic of the Congo (DRC), where human rights abuses and child exploitation are rife.

View the Diamond Website Sponsor listing for Riello UPS on the DATACENTRE.ME Directory

Back to Blog
← Mitsubishi Electric - Maintaining Quality ”Next →