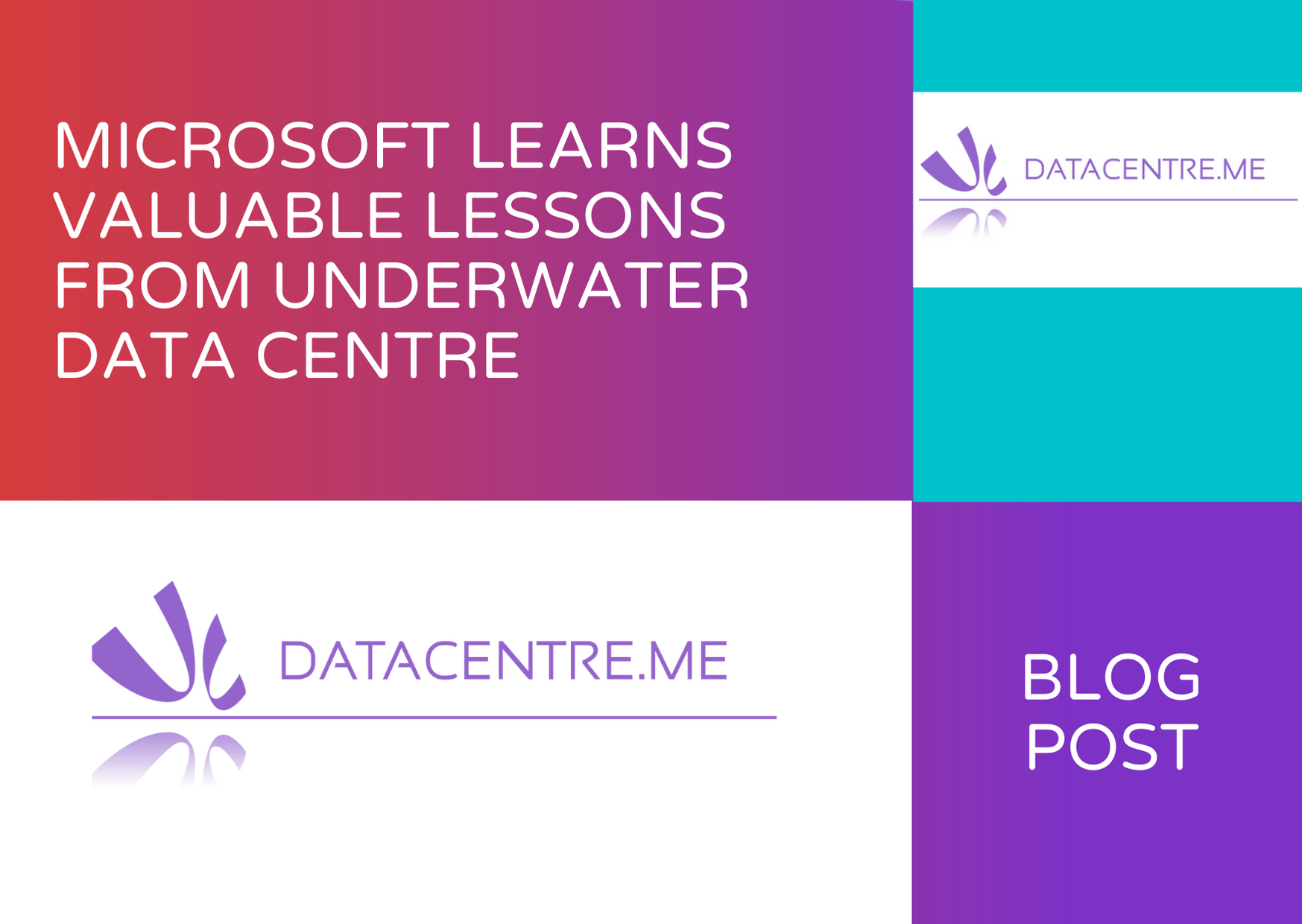 If a typical operator were to say its data centre was underwater, we would usually think finances or flood. But, if you work for Microsoft, you might literally think about placing a data centre on the ocean floor. This is just what the company did almost three years ago as an experiment. Now, after raising the data centre and bringing it back to dry land, they are learning valuable lessons from the experiment.

Project Natick is Microsoft's attempt to understand energy efficiency in cloud computing and whether or not an underwater environment offers any commercial viability for building future data centres. Thus far, the data gleaned from their submersible server capsule looks good.

Among the most exciting things that Microsoft learned from the project is that server failure rate underwater is significantly lower. Their waterproof capsule ran 855 servers beginning in May 2018. Just eight failed. According to Microsoft, the failure rate was one-eighth of that which is normally observed in land-based operations.

Microsoft offers two possible explanations for this. First is pumping nitrogen into the capsule rather than oxygen. Data centres have been experimenting with nitrogen for more than a decade now, understanding that their servers ‘breathe’ easier with it as compared to oxygen. However, the second reason is a bit more fundamental.

Team members suggest that not having humans around may have helped reduce server failures. Humans tend to knock things around. They tend to bump here and scrape there. A data centre completely submerged underwater is free of any and all human contact. Take humans out of the equation and you limit the damage they do.

Another important aspect of Project Natick is the power source. Microsoft chose a location off the coast of Orkney in order to take advantage of existing solar and wind power infrastructure on the islands. The data centre was powered by renewable energy for the entire time it was underwater.

On land, renewable energy is considered unreliable. Even data centres that strive to power their operations with solar and wind can only use that energy as a supplement. They still need to be connected to grid power. Microsoft managed to avoid the grid completely while on the ocean floor.

Perhaps the energy savings is directly related to cooling. As most of us in the industry know, cooling is one of the biggest expenses of data centre operations. It seems that a data centre submerged in the ocean would require less cooling – if only for the fact that temperatures on the ocean floor are much cooler than they are on land.

A Viable Venture for the Future

As Microsoft makes sense of their Project Natick data, the industry will have plenty of time to speculate about what it means for the future. Early indications seem to suggest that underwater data centres could be a viable venture at some point down the road. Maybe not next year or the year after, but 5 to 10 years seems pretty reasonable.

The one downside to sinking data centres under the water is maintenance. You need to make sure that what you are sinking is capable of going prolonged periods of time without any physical work, otherwise the time and effort needed to retrieve a capsule, open it, perform maintenance, and re-submerge it could be too much.

Microsoft has done something remarkable regardless of future viability. They have proven, at least in theory, that it is possible to run a sizeable data centre under water. Who would have thought anything like it 20 years ago? Things in the internet and data centre world have certainly come a long way!

Back to Blog
← FROM AC INSTALLER TO IT COOLING INSTALLER ”Next →