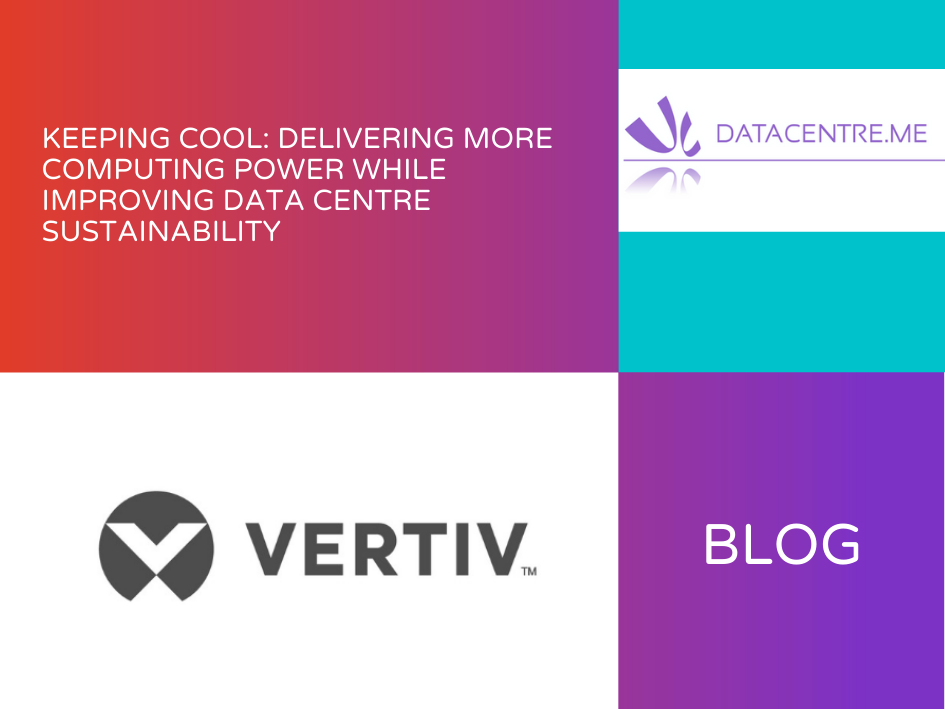 Society has asked a lot of data centres and the digital infrastructure during the pandemic, and, generally, they have delivered.

However, to meet growing demand for computing power and digital services, data centres are getting bigger – from 10 or 20 MW five years ago to as much as 100 or 200 MW now.

Many of the biggest new data centres are being built by co-location providers (where customers rent and share space and computing power in the data centre) or “hyperscale” data centre operators, such as Google, Amazon and Microsoft. New energy-intensive technologies such as 5G mobile networks, artificial intelligence (AI) and high-performance computing will make further demands on data centres.

Meeting this demand is only one challenge, though. Data centres are also under growing pressure – from customers, governments and industry regulators − to do more with less, provide more computing power while using less energy and shrinking their carbon footprint.

A key aspect when it comes to controlling data centre energy use, as well as other aspects of sustainability such as water use, is the efficiency and effectiveness of cooling systems. Developments in cooling technology was one of the key topics at the Vertiv Data Center Cooling Innovation Forum, including panellists from Vertiv, CBRE, Uptime Institute, and Green Mountain.

Activity in the data centre market slowed in 2020 because of the pandemic. but is now accelerating with a record first quarter, said Penny Madsen-Jones, director, EMEA data centre Research, advisory and transaction services, at CBRE, the property advisory and services company. “We think it’s putting the market on track to see a record year in terms of take-up, and we have a lot more supply coming online as well,” she said during a panel discussion during the cooling event.

Other key trends in the data centre market include an increase in companies using co-location data centres, rather than owning their own, to get access to the cloud and data centres experimenting with “grid balancing services” (getting extra revenue by feeding energy back to electricity grids), Madsen-Jones added. New data centre markets (in and outside Europe) are challenging the dominant Frankfurt, London, Amsterdam and Paris − or “FLAP”, as they’re more commonly referred to − and the United States, she said.

During the pandemic, governments needed to allow staff to transfer between data centres. In many countries, it was part of the list of essential industries/jobs.

A higher public profile also means more scrutiny of its impact on societies and the environment. With the data centre industry booming and eager for land, which can push up property prices in residential areas, and power constraints on energy grids, governments are also increasingly aware of the industry’s carbon footprint, estimated at about one percent of global electricity use, although some experts reckon that the figure could be higher.

“We are seeing increasing interest from regulators in Europe and worldwide about the environmental impact [including energy and water use],” said  Ali Moinuddin, managing director at Uptime Institute, an organisation that publishes standards for the data centre industry and advises it on performance and efficiency.

Voluntary industry initiatives − such as the “Climate Neutral Data Centre Pact” in Europe between cloud infrastructure providers and data centre operators, which agreed to make European data centres in Europe climate neutral by 2030 − are a step in the right direction.

More organisations are committing to reducing their carbon emissions or even, like Microsoft, which has promised to become carbon ”negative” by 2030 − meaning that the software company will remove more carbon from the atmosphere than it produces.

To help data centres become more sustainable, Vertiv must be a “step in advance” of technological, regulatory and market developments, so that it can suggest the “right tech for the right environment”, said Roberto Felisi, senior director, thermal global core offering and Europe,

Advances in technologies such as “liquid cooling” in which Vertiv is a market leader, may help data centres reduce their carbon emissions. Liquid cooling requires less energy to cool data centres than using air to control temperatures. The technology is at an early stage and is currently not widely used. However, it is expected to grow fast in the next three years.

Recent research by Omdia, a technology research company, predicts that there will also be strong growth in forms of liquid cooling (including “immersion cooling”, in which servers and other IT equipment are submerged in coolant liquid in tanks, and “direct-to-chip”, where liquid coolant is fed directly into computer chips in data centre equipment to keep them cool), is expected to double between 2020 and 2024.

Recently, Green Mountain, already one of the world’s most sustainable data centres, became even greener by upgrading its power and thermal management technologies in partnership with Vertiv.

For data centres, two key questions about energy efficiency are: “how much energy are you using and how efficient are your DCs in converting energy to computing?” said Alexander de Flon Rønning, design and product manager at Green Mountain.

Still, whatever the advances in technology and self-regulation, it is unlikely to be enough. Government and regulators around the world are likely to impose new energy efficiency and environmental regulations on the industry (“it’s not a matter of when, but if”), said Uptime Institute’s Moinuddin.

The need for sustainable cooling infrastructure is being driven by customer demand and regulations. But advances such as liquid cooling can help data-centre operators meet these challenges.

View the Website Sponsor listing for Vertiv on the DATACENTRE.ME Directory

Back to Blog
← Cyber Security Benefits from Government Grant ”Next →