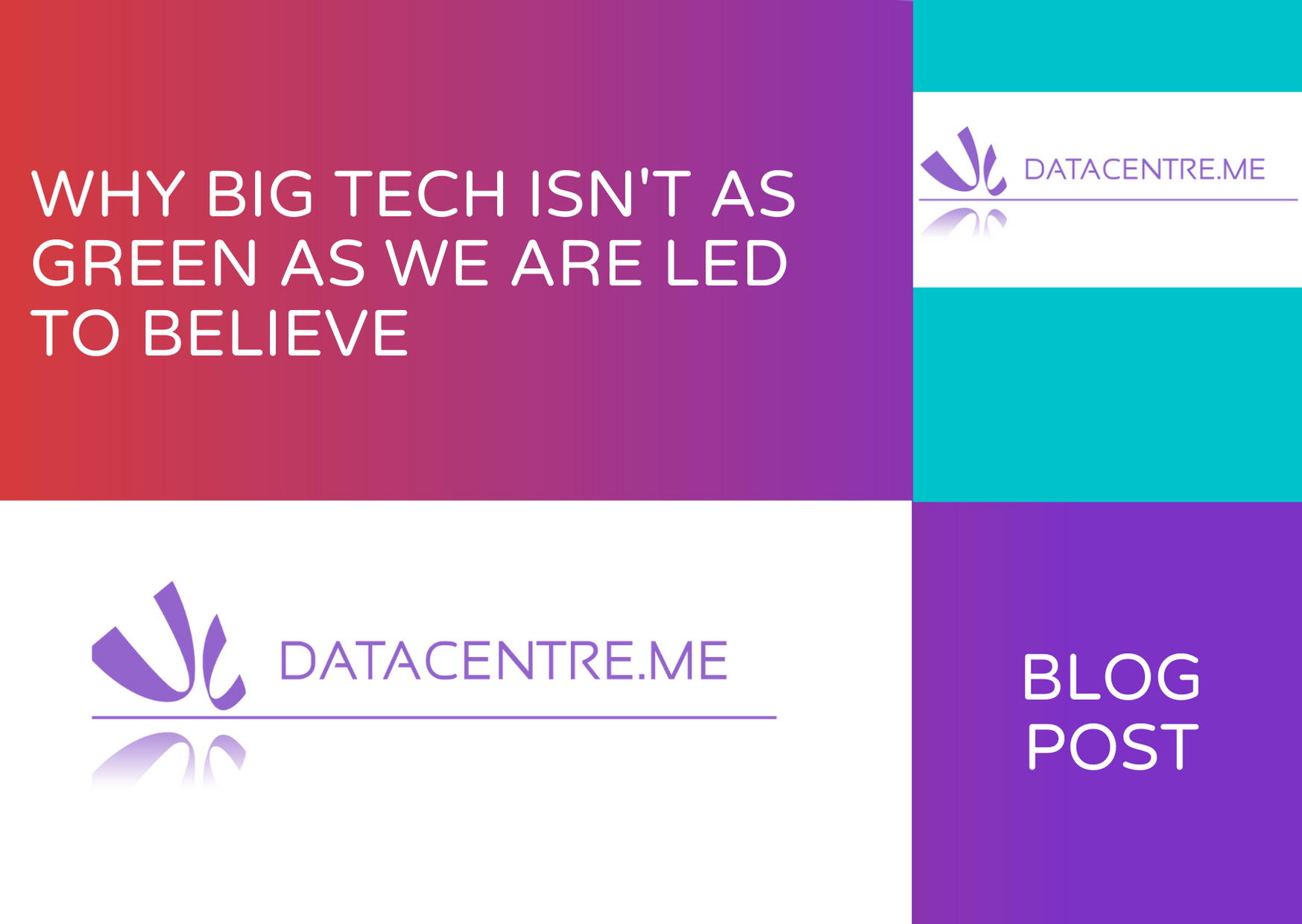 Facebook turned a lot of heads when it claimed its global operations centre would reach its 100% renewable energy goal this year. Equally impressive are Amazon, Microsoft and Google, all of whom have pledged to transition to 100% renewable energy by the end of the decade. But, before we start patting them on the back, we need to understand that big tech might not be as green as we are led to believe.

Going green is an honourable pursuit. Trading carbon-based energy sources for renewable energy is well worth achieving. But the language being used to tout big tech's accomplishments can be somewhat misleading. For example, Facebook reaching the previously mentioned goal at its global operations centre will not mean the entire facility is fuelled exclusively by renewable energy [source].

At the current time, using only renewable energy to power the average data centre is an unachievable goal. Data centres simply consume too much power to run and cool their servers. Solar, wind, hydro, etc. just do not produce enough raw energy to do the job. Data centres have to use carbon-based grid energy whether they want to or not. [source]

An REC is a certificate awarded to a green energy company for producing power and sending it to the grid. Power companies are allowed to sell those certificates to hyperscale businesses. Any money raised from the sales goes into subsidising the power company's operations.

If one of the hyperscalers claims that they are buying as much renewable energy as they are consuming, they currently mean they are buying RECs at a value equal to the amount of money they are spending on carbon-based energy. However buying the certificates does not reduce the amount of grid energy consumed. Thus, they are, in some ways, putting up a smokescreen. [source]

The practice of purchasing certificates and then claiming to be using 100% green energy is known as ‘greenwashing‘. It is a practice that is likely to continue until adequate storage solutions are found. That is really the problem right now.

We don't yet have the storage capacity to serve data centres when the wind stops blowing and the sun goes down. We do not have a means of adequately capturing and storing excess green energy as it is produced. Solve that problem and you open the door to improving renewable energy production to such a degree that fossil fuels can be significantly reduced.

Lithium-ion batteries have been proposed as a potential solution yet they are insufficient to the need as they don't store energy for long enough. Moreover, lithium is difficult to mine and hard to come by (mining it is actually harmful to the environment).

Someone Needs to Take a Risk

Overcoming the storage problem dictates that someone take a risk. Either an individual or corporation is going to have to invest significant amounts of money in research and development to come up with a viable storage solution. Until that happens, 100% green energy consumption will remain a future goal.

Next time a technology company implies that it is operating on 100% renewable energy, you may wish to take it with a pinch of salt. That company might not be doing exactly what it claims. Rather, it might be buying RECs and using them to give the impression that they are either totally green or completely offsetting their carbon-based energy usage.

If someone knows any different, do let us know!

Back to Blog
← DCME VIRTUAL Spring 2021 Sponsorship Doc ”Next →