Despite the widespread outage, Google's service dashboard initially showed no errors – before switching to red status across all services.

“We're aware of a problem with Gmail affecting a majority of users. The affected users are unable to access Gmail,” the statement said, with the word “Gmail” replaced by other services.

The cause of the problem is unclear. However, during it, users were still able to access the websites' landing pages in “incognito mode”, which does not store a log of the users' browsing activity.

As the services began to come back online after around 45 minutes, the regional user-centres continued to report errors to DownDetector. London seemingly the hardest hit in Europe. New York and Moscow also reporting major issues. 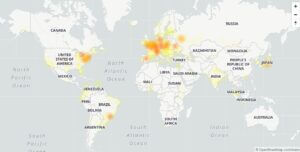 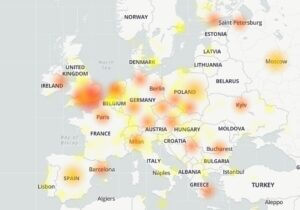