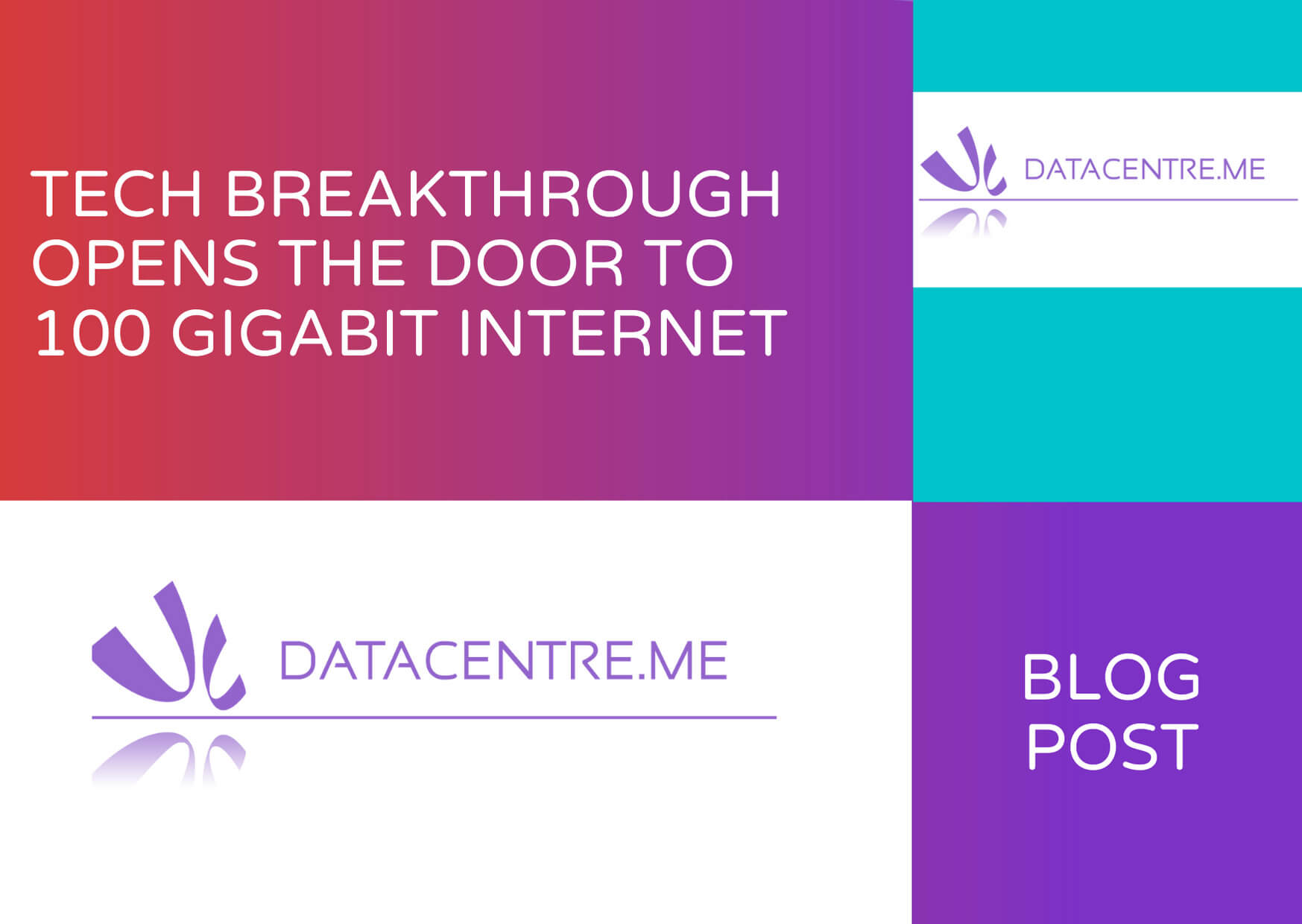 The mobile world is abuzz with newly introduced 5G technology. In the arena of wired networks, 25 gigabit is state-of-the-art for commercial applications but, thanks to a recent tech breakthrough from Nokia and Vodafone, the door has been opened to 100 gigabit internet. The breakthrough comes by way of maximising mature 25G optics to increase data transfer rates by 300%.

This new technology will not be commercially available for some years, but it promises to revolutionise global networking when it finally arrives. The technology should also encourage infrastructure builders to invest in more fibre networks to replace cable and copper.

Increasing 25G to 50G, and eventually 100G, is an exercise in building a better passive optical network (PON). If you are not familiar with the terminology, a fibre optic network relies on tiny glass fibre tubes that transmit data via wavelengths of light. A PON uses a series of glass fibre splitters, enabling sending data from a single source to multiple receivers.

Current PON technology is considered mature. In other words, there isn't much more we can do to improve the physical architecture of the networks themselves. Any improvements in speed will have to be achieved through modifying the actual data streams themselves. This is exactly what Nokia and Vodafone are working on.

Optical data streams are currently limited by noise. In the digital arena, noise is considered as non-essential data. It is created in optical networks by certain wavelengths of light and their interactions in the back-and-forth transfers of data. Eliminate that noise and you improve data transfer speeds.

Nokia and Vodafone have developed technically advanced digital signal processing (DSP) techniques. With a full array of software-based analytical and filtering tools, they have been able to significantly reduce noise. They have also achieved speeds of up to 100 GB/s on a single wavelength. This is approximately 10 times faster than most current networks.

The implication of this important tech breakthrough cannot be understated. What we know is the internet grows exponentially every day. Website owners are adding millions of pages. IT companies are launching new services, software, platforms, etc. Public and private clouds are being birthed across the globe.

None of this explosive growth is expected to slow down within the next few decades. As such, the increased load on current networks will eventually overwhelm them. We therefore have no choice but to build faster and more robust replacements. A 100G solution is a big step in that direction.

Despite being able to achieve such astounding speeds, there is no guarantee 100G technology will become the norm. The key is future investment. History is littered with examples of great ideas that never got off the ground for lack of financial investment. The same thing could happen here. If companies are not willing to put money into this, it may never get beyond the laboratory.

Knowing this, 100G seems to be one of those technologies the entire industry should be trying to develop regardless of who ultimately gets the credit. There is no turning back from the globally connected world we now find ourselves in. We might just as well put all of our collective resources into building the networks we need for the future.

If we do that, the global internet landscape will look drastically different a decade from now. Commercial networks will be faster and more reliable. Mobile phone service will be exponentially better. Everything from online banking to online shopping will be faster, easier and more intuitive.

Back to Blog
← Staying Cool on The Edge ”Next →