Floating Data Centres Powered by Waves – is this the way forward? 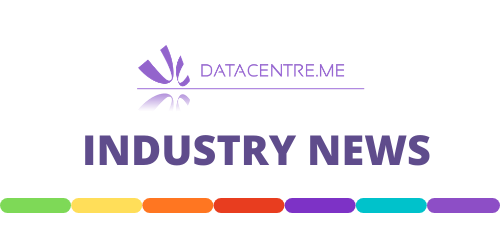 Finding new ways to harness the earth's natural resources for energy production has long been part of the human landscape.  Over the centuries, we've used the sun, wind and water as a means of making our lives better.  More recently, these natural resources are being put to use for electrical generation in ways most of us would never have imagined.  For example, there is speculation that Google is working on floating data centres to be powered by ocean waves. Pelamis Wave Power Ltd, makers of a revolutionary electrical generation system using ocean waves, recently speculated about Google's possible plan based on a combination of events.  They say the search engine giant filed a patent for using a Pelamis wave power machine to power a floating data centre.  They say the company is also responsible for the construction of a number of mysterious barges off the coasts of Portland and San Francisco. Although Google has been silent about its links to the barges, the US Coast Guard has publicly stated the barges belong to the Mountain View, California, company. It's quite possible Google is working on plans to design and build data centres that will float offshore and be run entirely on electricity generated from waves. The Pelamis wave machine works by connecting long strings of semi-buoyant objects connected to one another with hinges.  As waves move through the water, the individual sections move back and forth on the hinges.  The energy of these movements is converted into electricity using highly sensitive, state-of-the-art equipment. Pelamis deployed their pilot offshore system in 2004, becoming the first to connect to the UK grid with a wave-based device.  Since then, they have built and tested five additional systems at various locations.  The second generation of their technology is proving to be very promising for power production.

The Future of Data Centres

The implications of this technology for future data centres are very significant.  To understand why, one need only look at the state of the industry in the UK.  While the UK clearly leads Europe in data centre and IT innovation, finding the property to build and the green energy to power new data centres is challenging.  A floating data centre powered by ocean waves solves both problems in one fell swoop. The main advantage of wave power over wind and solar is the fact that it is nearly constant.  Even on days when the water appears relatively calm at the shore, just a few miles offshore there is enough wave action to generate the electricity a floating data centre would need.  With the right technology, one of the systems could even generate surplus electricity on stormy days.  That surplus could be sent through the grid to supplement current brown energy. Without a doubt, floating data centres would certainly open entirely new doors for collocation, web hosting and digital communications.  In the highly competitive world of IT, the company that manages to master this first will be at the cutting edge.
Back to Blog
← LED Lights Show Promise for High-Speed Data Transmission ”Next →